CHCC’s Medical Staff, with more than 70 physicians representing a wide range of specialties, were honored for their leadership and commitment to excellence. To honor the physicians in a unique way, trees will be planted across CHCC’s 78-acre Wyckoff campus in areas where physicians are represented, accompanied by a special plaque. Mr. Nanjiani, was in attendance to help present the honor to his father, Aijaz Nanjiani, MD, who serves as CHCC’s Medical Staff President and Howard Gilman, MD, CHCC Medical Executive, who received the honor and spoke on behalf of the entire medical staff. 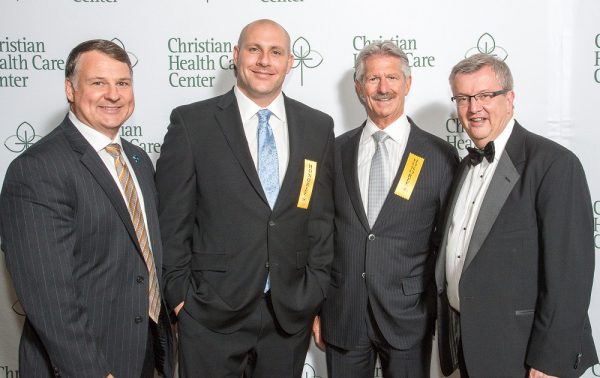 “I know my peers on the Medical Staff share my excitement for this wonderful recognition from Christian Health,” said Dr. Gilman, “As physicians, our priority is the health, healing, and wellness of our patients. Christian Health shares our commitment to our patients and mirrors our drive for clinical excellence. We are truly humbled and honored to be recognized at A Celebration of Excellence.”

ATO, was also honored and received the David F. Bolger Award for Service and Leadership for its unparalleled commitment not only to customer satisfaction, but also for giving back to and supporting the local community. Each year, ATO budgets $1,000,000 to support non-profit organizations, including CHCC. The award was accepted by Larry Weiss, ATO’s President and CEO, and Bill McLaughlin, ATO’s Executive Vice President and Chief Technology Officer.

“Our Medical Staff and Atlantic, Tomorrow’s Office exhibit a deep dedication to those we serve, with a standard of excellence that exceeds expectation. We are so proud to honor their service and dedication to CHCC and our communities,” said Douglas A. Struyk, CPA, LNHA, CHCC President and CEO.

The establishment of a new award, The Van Grouw Award for Clinical and Mission Excellence, was also announced as a special part of the evening’s program. Anthony Van Grouw Sr. served on CHCC’s Board of Trustees for 28 years, and his son, Anthony Van Grouw Jr., MD, who was in attendance at the gala with three generations of his family, served on the CHCC board for 35 years.

“It is our intent to maintain and honor CHCC’s commitment to clinical and mission excellence with the creation and naming of a new distinguished service-excellence award to be awarded to deserving individuals who capture the spirit of the name it bears,” said Mr. Struyk. 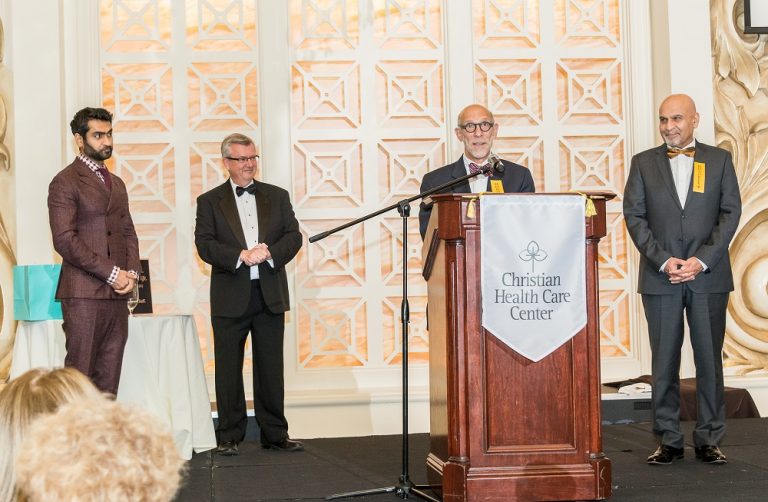 To make a gift in honor of CHCC’s Medical Staff or ATO, visit bit.ly/SupportCHCC.

CHCC provides a broad continuum of high-quality, compassionate care, offering superior senior-life, short-term rehab, and mental-health services. As a non-profit organization, we deliver Person- and Family-centered Care to our community based upon the Christian principles on which we were founded more than a century ago. For more information, visit christianhealthcare.org.