Christian Health Trustees to be Honored, with Hawthorne, Wayne, and Wyckoff First Responders

Christian Health (CHCC) is proud to announce that the boards of trustees of CHCC and its Foundation, along with first responders from the towns of Hawthorne, Wayne, and Wyckoff, will be honored by CHCC at its premier gala, A Celebration of Excellence, on Wednesday, October 23, 2019, at The Venetian in Garfield. 2019 marks the 20th anniversary of the CHCC Foundation, and a wonderful opportunity to honor those who have and continue to inspire, lead, serve, and protect CHCC.

“For decades, our boards of trustees and the Hawthorne, Wayne, and Wyckoff first responders have demonstrated tireless devotion to those we serve and to the community,” said Douglas A. Struyk, CPA, LNHA, President and CEO of CHCC. “It is our privilege to recognize their many significant contributions.”

Since its inception in 1911, CHCC has continually expanded and enhanced its senior-life, mental-health, and short-term rehab services, programs, and residences based on community need with the vision and guidance of knowledgeable and dedicated trustees. Today, this board is aided in its efforts by the CHCC Foundation. Foundation trustees help educate the community about CHCC’s mission and seek support through financial gifts, volunteer efforts, and prayer.

“Our trustees have an amazing impact on the fulfillment of our mission and ultimately to those we serve every day,” Mr. Struyk said.

With mutual respect and collaboration with the Borough of Hawthorne, and the Townships of Wayne and Wyckoff, CHCC has been blessed by their first responders – police, fire, and ambulance corps – who provide critical services and support to all those entrusted to our care and in our community.

“Our gratitude and admiration for the Hawthorne, Wayne, and Wyckoff first responders – past, present, and future – are constant. They continue to inspire all of us at CHCC to selflessly serve, protect, and care for others with dignity, compassion, and honor,” Mr. Struyk says. “In keeping with the spirit of recognizing and giving back to those who give so much, CHCC has committed to making a generous gift to honor the first responder honorees through a portion of the proceeds raised at this year’s gala.”

“This year, we look forward to recognizing our CHCC trustees and our area first responders to celebrate the excellence that they have brought to our community,” Mr. Struyk said.

For event information, A Celebration of Excellence tickets, and sponsorship opportunities, contact Sue Kelly, Foundation Director, at (201) 848-5799 or email events@chccnj.org. 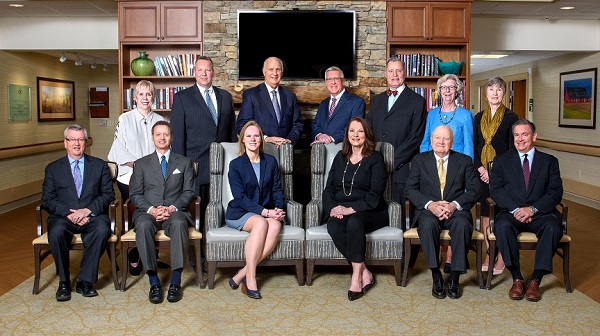