Garry and Raeann Dykhouse: Compassionate, dedicated, exemplary, and faithful: Compassionate. Dedicated. Exemplary. Faithful. Garry and Raeann Dykhouse have been devoted to Christian Health ( ), as well as the community, for nearly their entire lives. Their inspiring, charitable volunteer efforts have impacted thousands of individuals, from their neighbors in Wyckoff to families in California. The Dykhouses’ community service began with the Wyckoff Volunteer Read More 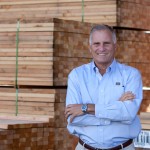 Douglas R. Kuiken: Honoring history and looking toward the future: Douglas R. Kuiken views his continued support of Christian Health ( ) as testament to a rich history and a promise for a bright future. His family business – Kuiken Bros. Co. Inc. – and the Center have both been part of the community’s fabric for more than a century. As the family Read More